It was proposed to regulate the amount of forced air by changing the mass of the ventilated grain. This method does not require capital expenditures, but requires some knowledge of air flow control. The smaller the mass of grain is, the greater the air flow is needed. A volume of air is calculated to provide a critical filtration rate in the most loaded central part of the silo [4]. Critical speed is understood as its minimum value that ensures the removal of moisture outside the granary.

The air moves unevenly inside the grain mass. Near the walls of the silo, the air has a higher speed comparing to the central part. This is justified by the difference in the height of the grain layer: in the center the layer is higher than that near the walls. The height difference occurs due to the loading of the silo through one hole in the center of the roof, a conical bulk-grain is formed in the silo. The plot of air velocities at the boundary of exit from the grain mass from the center to the wall can be described by the following formula: 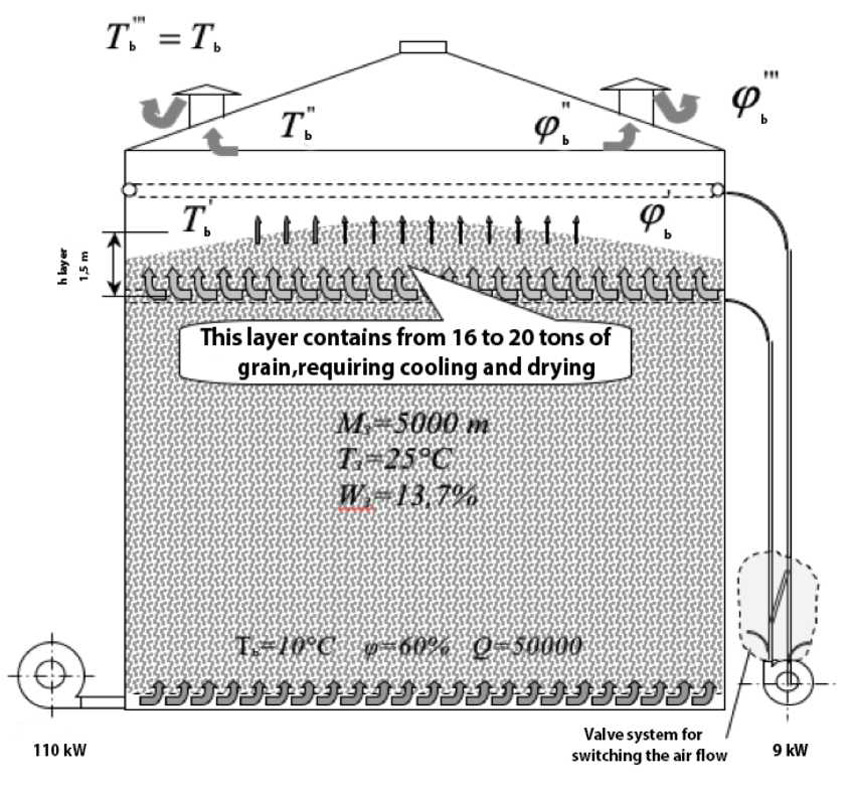 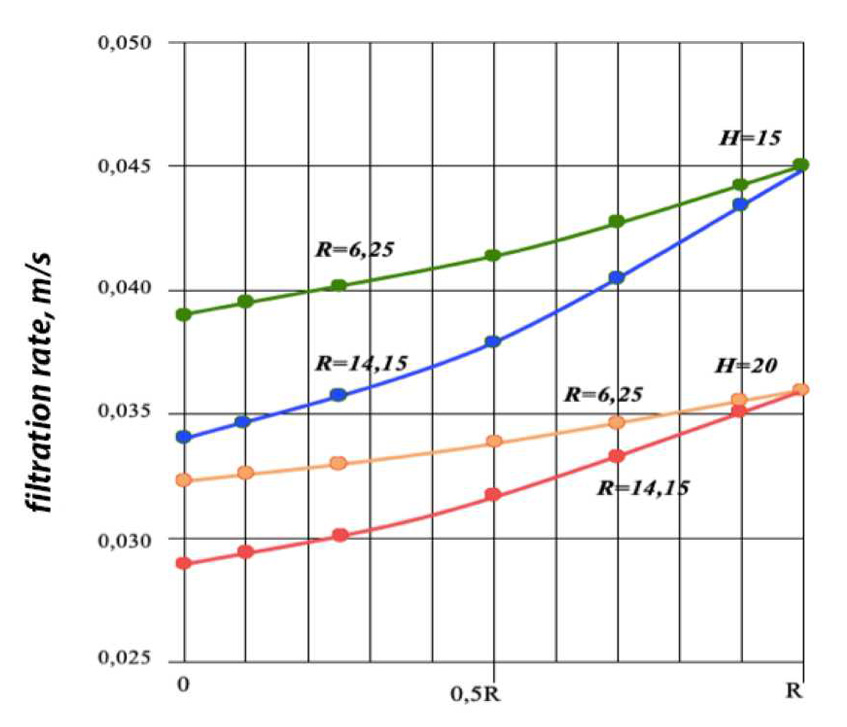 Substituting expression (3) into formula (2), we obtain the following dependence for calculating the average weighted filtration rate.

The coordinate of the average weighted filtration rate was calculated using formulas (4) and (5) for large-capacity steel silo (LCSS) with a diameter of 8-40 meters with equal heights of the grain layer and the silo wall of 15-20 meters. The coordinate does not practically depend on the height of the wall; it changes in silos of various diameters [6]. The values of the coordinate obtained by the calculation for LCSS with different diameters are presented in table 1.

The technology of safe active ventilation of grain in steel silos is as follows: